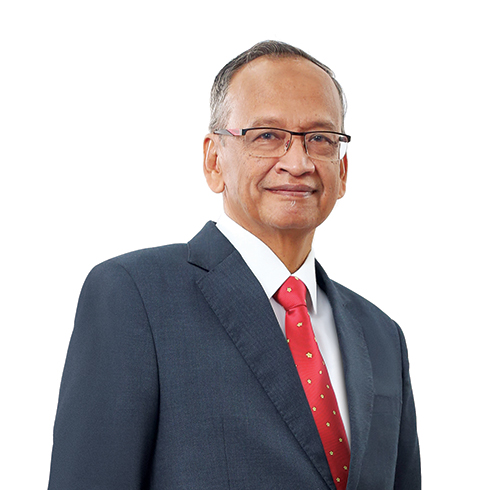 His working career includes experience in the Ministry of Trade and lndustry from 1971 to 1982 and was appointed as Deputy Director, Small Scale Industries Division in 1981. He has also served in the Malaysian Timber lndustry Board from 1982 to 1987 and the National Institute of Public Administration from July 1987 to 1991.

Tan Sri Dato’ Setia Haji Ambrin was also attached to the Malaysian Embassy in Tokyo, Japan from 1992 to March 1995 as Minister for Economic Affairs and Deputy Head of Mission. He was a Senior General Manager for the Kuala Lumpur International Airport Berhad from April 1995 to February 1999. He was the State Secretary of the Selangor State Government from March 1999 to September 2001 and Secretary General of the Ministry of Education till his appointment as Auditor General of Malaysia.

On 16 May 2016, Tan Sri Dato’ Setia Haji Ambrin was conferred an Honorary Doctorate Award which carries the title Prof. (Dr.) by IIC University of Technology, Cambodia. In 2017, he was awarded an Honorary Doctorate in Accounting by Universiti Kebangsaan Malaysia and appointed Professor Ajung by Universiti Utara Malaysia. He is currently a member of Dewan DiRaja Selangor. Formerly, he was a Board Member of the Malaysian lnstitute of Integrity.

In 2018, Tan Sri Dato’ Setia Haji Ambrin was appointed by the Malaysian Government as Chairman of the Special Investigation Committee on Governance, Procurement and Finance. In the same year, he was also appointed as a member of the Board of Trustees of Yayasan Pelaburan Bumiputra. On 1 January 2021, he was appointed as the Deputy Chairman of the Board of Trustees for Lembaga Zakat Selangor.

For the past 14 years, he has been a frequent speaker presenting his views and perspective on public sector auditing, good governance and integrity at many seminars and conferences organised domestically and internationally.